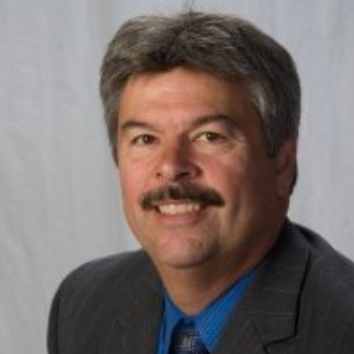 Timothy Hawkins has served as CEO, VP of Clinical Services, and Chief Administrative officer for hospitals and healthcare systems on the East Coast.

Mr. Hawkins began his career as a surgical technician while simultaneously pursuing a Masters in business administration. His hands-on clinical experience allowed him to understand the needs of physicians and nurses while managing the business of hospital operations. Mr. Hawkins areas of responsibility as a hospital administrator included: surgical, open heart, oncology, cardiovascular, radiology, bio-medical engineering, clinical research programs, engineering, campus security, and pharmacy, among others.

In addition to his experience as a Hospital Executive, Mr. Hawkins is a dedicated volunteer, serving on the Board of Directors for the Lee County branch of Habitat for Humanity and as a surgical coordinator for Living Hope Haiti, which has provided over 3,000 operations to Haitians in need since their launch in 2006.

Since 2009, Mr. Hawkins has been a key member of the Hospital EXPERTS™ team, reviewing cases and testifying on behalf of the plaintiff or defendant. 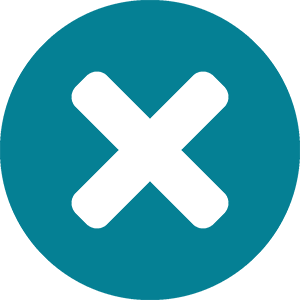 What inspired you to pursue a career in healthcare administration?

It goes back to the 1970’s when I was a surgical technician and kidney perfusionist at a hospital in Ohio. During that time, I was also a business major in school. After finishing my undergraduate work, I obtained a Masters in business administration and my professors encouraged me to go into hospital administration. By that time I had nearly 10 years of clinical experience already and wanted to combine that knowledge with my business education in the same position, so I moved into hospital administration in the late 1970’s.

You started as a surgical technician and worked your way up the ladder to hospital CEO. Has the experience working in multiple facets of hospital operations helped you when it comes to analyzing and testifying on hospital corporate liability?

My clinical background allows me to speak with physicians and nursing staff in their own language. If a surgeon wanted to speak with me I would go to him/her, sometimes donning scrubs and go into the operating room. The fact that I would go to the OR and could look at what they were doing and have a discussion with them, understanding the type of surgery they were doing and the anatomy involved impressed them. That made my communication with the nurses, surgeons, anesthesiologists and other clinicians much more effective because I had that clinical background. This experience is now instrumental when I analyze a case as it gives me an understanding of the clinical and administrative aspects of the case.

Hospitals are great at putting together policies and procedures to improve their level of patient care, but the staff doesn’t always execute them properly. Often times when I’m reviewing a case of corporate negligence, the policy is fine but the staff will say they were unaware of that particular policy or procedure.

Administrators develop a policy which makes the regulators happy, the regulators will look at the policies and procedures and say this hospital is doing a good job, and the clinical folks have no idea that policy exists.

Many times the first tier of implementation is done correctly and staff understands the policy, but that sort of fades into the background over time and new employees that come to hospital aren’t educated on the policy, increasing the chances of a bad outcome. In cases such as this we can show that previously they were following a policy and at some point they stopped doing so.

You’re on the Board of Directors for Habitat for Humanity. What about this organization inspired you to get involved?

I’ve been actively working with Habitat for Humanity since 1989. I was a volunteer builder with them in ‘89 and the early 90’s. Because of my volunteerism and business background I was appointed to the board of directors in Miami in the early 90’s until relocating in 2008. Then I moved to Leesburg FL and joined the board there and have subsequently joined the board in Lee County. I am in sync with their philosophy to provide a hand up and not a hand out to those in need.

Talk a bit about your work as Living Hope Haiti’s Surgical Team coordinator. How has your time in Haiti influenced you as a person and as someone in the healthcare industry?

In 2006, the chairman of the board of directors at Baptist Hospital in Miami and his family sponsored a Christian school and mission in Haiti. He noticed a need for surgery in many of the kids who suffered from issues such as cleft palates. He asked if I could put together a surgical team to go down and operate on the patients in Haiti – we couldn’t afford to bring them to Miami but we could take a team down there and do a lot of surgeries at one time. He found us two operating rooms that, for Haiti, were well beyond state of the art – the equivalent to what you’d find in some hospitals in America.

In August of 2006 we took 15 personnel down for our first surgical mission. Haiti is only about 1 hour and 20 minutes from Miami by air so we fly down early on a Thursday morning and be in the operating room by 2:00pm and then return home Sunday. During that time period we can do 50-70 surgeries in the 3 days. We’ve completed about 3,000 surgeries in the ten years we’ve been going there.

We have local physicians in Haiti that screen the patients for us and they tell us what they have and we take the necessary staff and instruments. We perform a lot of general surgery from gall bladder removal to hernias and hysterectomies. After the earthquake in 2010 we served as a trauma center, which we’re normally not, and were doing amputations and life saving surgeries. The US military was landing helicopters in the backyard of the facility and offloading crush injuries, so we’ve done a bit of everything there.

You’re well versed in advances in surgical technologies such as the Da Vinci robot. Overall, are these advancements more of a benefit or detriment to hospitals? Does this open a new area of legal vulnerability?

Almost all negligence cases I’ve been involved with relating to the DaVinci robot have involved negligent credentialing. The surgeon wasn’t trained well on the DaVinci and had a bad outcome. Or, they set a standard requiring the surgeon to be proctored on 5-7 cases but after 2 cases they just drop the ball and let them use it without a trained proctor being present.

This typically stems from some surgeons feeling that they do not need additional training. They still live in the culture of “see one, do one, teach one” which is no longer acceptable in modern medicine. They’ll watch one procedure and go in and do it and administration – not having the appropriate clinical background – allows he/she to do so, assuming they know what they’re doing. That attitude toward new technology is bound to either fail or have bad outcomes.

There’s widespread debate about the healthcare system in this country, from insurance coverage to price gouging etc. What do you believe are the biggest issues facing healthcare organizations and do they put them at risk legally?

One of the biggest issues is the removal of profitable procedures from the hospital. In the past, the hospital did all surgeries – in-patient and out patient – and diagnostics. They used profits from those procedures to fund the intensive care units, the neo natal units, the emergency room and all the indigent care hospitals voluntarily take.

Over the past few years due to financial pressures on providers, surgeons have begun taking more profitable procedures to those centers in which they can obtain better reimbursement rates and do less profitable or Medicaid patients at the hospital. It’s an inverse relationship between the money and who’s providing the services. It creates adverse financial selection and places the hospital under additional financial stress

Also, though the number of uninsured has dropped slightly, patients are coming in that can’t afford their copays. They wind up not getting a surgery performed until it’s an emergency, which costs significantly more and can be life threatening, sometimes resulting poorer quality outcomes because it’s done as an emergency rather than elective surgery.

All of the above have increased the financial pressure and the additional regulatory pressure creates an environment of heightened legal risk.

The primary thing with Hospital EXPERTS, is that many – whether it’s myself, Dr. Bojko, or one of the numerous other experts –have clinical backgrounds so that we can understand and interpret for the jury and attorneys the complicated events that took place, breaking down what happened and what should have happened in laypersons terms.

In some ways it’s more like being a teacher than an expert witness.

A lot of referral services will find you a hospital administrator but without understanding the clinical issues it’s hard for them to understand what went wrong and to match the correct expert to the case.